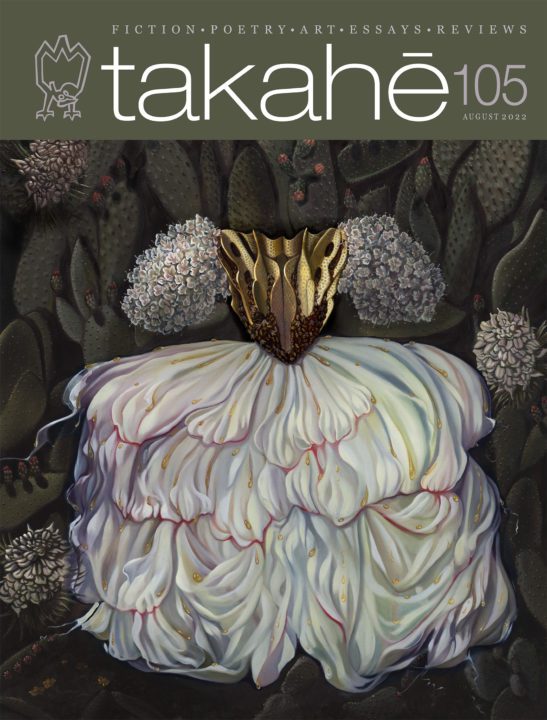 Nipper and Whiskers, Wuff and Wag,
where did they go? Wuff ‘went to a farm’.
Wag went under a car. Whiskers was buried in a bag.
Nipper simply disappeared. I cried buckets. Calm

down, my dad said. Calm the fuck down.
And not knowing what else to do, tired of crying
for my little cat Nipper somewhere dying,
I calmed the fuck down.

Three men in a lift

is what we were, three men in a lift
at a conference on coffee break
and the lift jammed – nothing serious,

we knew that, we were on the first floor
and it wasn’t going anywhere –
and we got talking, as you do,

to pass the time, and I told these men
how when I was little my father
killed somebody, like on purpose,

he went to jail for a long time,
and how it fucks you up,
having a killer for a dad,

how you are isolated from others
by the fact of it,
how you isolate yourself,

how you wonder sometimes,
if you’ve got it, the killer gene.
I get angry now and then –

not angry like my dad,
but angry slamming doors,
smashing things, expensive things,

for a bit while the lift lurched and made
a complicated graunching sound,
then the short man with white stubble

on his cheeks – he had a white shirt
a little yellow around the collar,
a conference pen in the pocket –

he cleared his throat and said his father
was also a killer. First the family dog,
he strangled it with its own leash

for barking maybe, or did it piss
on the carpet? And then a fight
with the man next door, something

about fresh washing on the line,
drifting barbecue smoke,
and bang went the neighbour’s head

on the concrete driveway and wham,
jail, four years. It sure changes you,
the short man said, loosening his tie.

It sure does, said the third man,
who until this point hadn’t said a word,
had just eyed the lift ceiling from time

to time as if it might offer a suggestion,
a way out of our common predicament.
His father, too, had killed somebody –

his mother when he was a baby.
He didn’t remember it of course,
everyone said it was the damnedest thing.

His father had pushed her off a balcony.
The few times his dad spoke of it,
the third man said, it was like he’d knocked

a potted cyclamen off a shelf.
This man was bald and pale,
in the lift’s fluorescent light,

that is to say, got killed by his father.
That poor woman, he said,
tears running down his face,

I never knew her.
What are the odds? I said
to these two men,

raising my hands, I admit it,
a little theatrically.
What are the odds,

the three of us
stuck here in this lift,
and all with killer dads?

We shook our heads.
It was a pure moment
of companionable sorrow,

and the lift gave another lurch,
a jolt, one that meant business
this time, and the lift doors slid open,

and waiting in the lobby was a cluster
of conference attendees, all men,
just standing there gawping –

they must’ve been impatient for the lift,
they were practically leaning on the doors,
sudden tang of sweat and deodorant –

what had they heard? The lift huffed
an exhausted sigh for all of us. Yeah, I said
loudly, to the pack of waiting men,

like your dads never killed anybody,
and I ducked my head and I pushed,
I pushed my way through.

Tim Upperton’s second poetry collection, The Night We Ate the Baby, was an Ockham New Zealand Book Awards finalist in 2016. He won the Caselberg International Poetry Competition in 2012, 2013 and 2020. Tim’s third poetry collection, A Riderless Horse, was published by Auckland University Press in 2022.