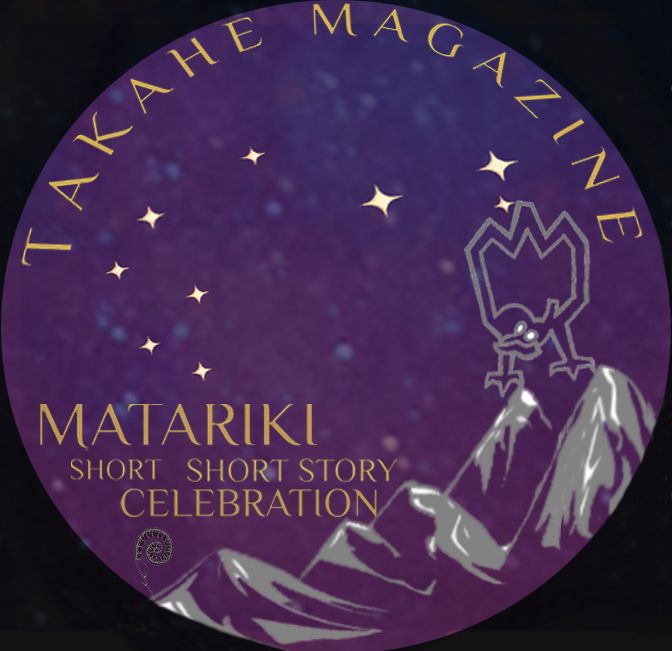 He stares at his wife’s feet. The soles face him as she sits with her knees tucked up on the couch. From where he’s sitting on the recliner he can see the scaly white calluses encircling her heels, the dusting of dirt from the floor, a smudge of squashed blue Play-Doh.

It’s a Saturday night and they’re at home. He doesn’t remember a Saturday night when they weren’t at home. They are watching a sitcom from the nineties. The laugh track plays but his wife doesn’t laugh. She sits quietly, her mouth slightly open, eyes lidded. She is thinking of other things. They are tired. The kids are finally asleep. He glances at her breasts, hanging braless in an old grey shirt, the hem pockmarked with tiny holes that pegs have punctured on the washing line.

His gaze is once again drawn to her feet. They are large, a European 42. Somewhere around a size ten – ten and a half on a bad day. They are wide, the toes almost all the same length so that her feet resemble rectangles. Only the baby toe breaks the mould. Half the size of the rest, it perches to one side as if an afterthought. She didn’t wear heels, even for their wedding. It was hard to find women’s shoes that fit such immoderate feet.

He hates that she walks around barefoot. That she spends all day collecting dirt on her soles, heels hardening like the rind on a wheel of cheese. Then she tucks them up on the couch, slips them between the sheets of their bed.

There is a shriek from the hallway. Their eyes meet, he pushes pause on the remote.

“I’ll go,” his wife says after a moment. She gets up with a sigh and pads out of the living room, moving silently across the scuffed wooden floor.

It’s the older one. Another trip to the toilet, another cuddle in bed.

He sits and watches the frozen frame on the television. A perfectly made up woman stands with hands on hips, her thin arms bare, tits perky, mouth curved into a feigned frown.

“He had a nightmare,” she says, sitting back down on the couch, pulling her legs up beneath her.

He presses play on the remote. The laugh track resumes.

The woman on the television slams the door of her apartment and picks up the phone to call her on-again, off-again boyfriend who has been caught with another girl.

“It’s so fake though,” his wife murmurs at the screen.

He looks at her large, dirty, unremitting feet.

Born in Pukekohe, Lisa Onland recently returned to New Zealand after over a decade living abroad. Lisa graduated from The University of Hong Kong with a Bachelor of Journalism. She lives in Wellington with her husband and three young children and is working on her first novel.